Chapter Seventeen: Back on the lam

Jerry didn’t have to tell me twice.  He shook my hand, same strong grip, and said keep in touch.  He said he had some information that may be of value to the police.  He would just say that he got the information from Annie, after he ran it by her.  He wouldn’t tell me what information. He even gave me some money and a few supplies, with the admonition to forget where it came from.

I drove a good two hours, into the mountains, until I got lost.  Then I drove up an old logging trail in the Jefferson National Forest. Exhausted, I fell asleep.   To the sound of the whippoorwill and the cicada. END_OF_DOCUMENT_TOKEN_TO_BE_REPLACED

Almost three years ago my firearms were stolen in a burglary and I have been gunless since (oh the shame of it).  The pieces included a Ruger .22 pistol,  and a Makarov 9×19 (extremely reliable Russian ripoff of the Walther PPK) along with a couple of rifles.

So, after hoarding pennies all this time I’m ready to start a new gun collection, and I’m heavily leaning toward this little number: 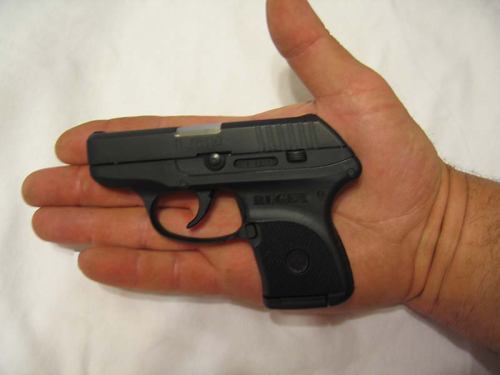 Did I hear someone whisper “mouse gun?  Here’s the deal; Alaska, unlike most of the lesser, er, Lower 49 states that you poor saps occupy, has totally free concealed carry, for non-felons.  No license needed (don’t take it into a bar, is all).  We do have a CCW permit process that has reciprocity with 30-odd other states, but it’s not required.

I figure this little beauty, unlike a Colt 1911 .45 (a weapon that I love) can go anywhere with me in a wallet-type holster, no bulges, no discomfort, no problem.  The .380 cartridge is adequate with a good bullet.  And since I’ve been making do with a 3.5 inch-bladed fighting knife for the last three years, it’s definitely a step up.

I haven’t been following the firearms industry very closely for some time so if anyone has another suggestion, I’d like to hear about it.

I am keeping my son’s gun for him while he is on tour.  I just noticed that it is a Ruger LCP .380.   I’ve never shot it but I had to take a picture of it and my new my daughter’s new mutt “Miley.”

Where the hell is Teddy Roosevelt when you need him?  The NFL is one big walking, talking trust that needs busting.

I confess that I did not know why the NFL teams were voting to de-certify the union.  I thought maybe they were being struck with Virginia fever.  Here, we are a right to work state, and unions are not very popular.  I kept seeing  headlines about different teams voting to de-certify the players’ union.  So I thought maybe they were showing their dissatisfaction with the hard-line stance taken by the players’ union.

Nope.  After looking into it, they are doing it so that when the owners and the players union come to an impasse and the owners lock out the players next year (God forbid), then the non-unionized players can sue the owners.  Here’s a concise explanation:

“De-certification would strip the union of its collective bargaining rights on behalf of the players, so the move might seem counter-intuitive. But since antitrust laws exempt NFL owners from being sued by unions that are negotiating CBAs, de-certification would in essence eliminate the union and allow players to sue the NFL in the event of a lockout — giving them potential leverage in their dispute with the owners.”

Now, I must admit that when the baseball players struck back in 199? (I can’t recall the exact year, but I know where I lived so it was 1994 or before), I vowed then and there to never watch another baseball game again.  And I haven’t.  Haven’t missed it in the least.  And I used to be a die-hard Tigers fan.  The only time I see even glimpses of baseball games are when I’m playing poker and the host puts it on, or walking through airports, etc.

But I don’t think I could do that with my beloved football. I’ve always been more partial to football.  And I was young back then and foolish.

And I’ll be honest again.  I side with the players over the fat, rich, spoiled owners.  Take the Lions, for instance.  The Ford family purchased the team for $4.5 million back in 1964.  Now the team is supposedly valued by Forbes at $872 million. I don’t know about that but I know the team must be worth a boatload YACHT load of money because “Ford Field” was built in 2002 for $430 million.  END_OF_DOCUMENT_TOKEN_TO_BE_REPLACED

The Democrat Pledge to America

NiceDeb nails it.  The Democrats have no “plan” but we know what their agenda really is.  So she carefully sets it forth for them, and compares their agenda to the Republican Pledge To America.

And I’m sure we can add some more to help her out with their pledge:

12. Force gay marriage down our throats.

13. Make as many as possible dependent on the Gummint.

I think I prefer the Republican pledge.  But that’s just me.

One in FIVE gay or bisexual men have HIV

Yes, twenty per cent.  Liberals have no problem regulating smoking and eating fat and whatever their latest pet cause is, but don’t you dare try to discourage people from giving a death sentence to others.

In related news, a court recently held Don’t Ask Don’t Tell unconstitutional.  Guess the judge doesn’t have to worry about getting the blood of a gay soldier on him.

Just another day in America.

Shut up he said

Warren Buffett to unhappy Americans: Get over it.  The multi-billionaire Obama jock-strap supporter seems to be upset that Americans are turning on his favorite colored boy and the Democrat congress:

“Sentiment has turned very sour in the last three or four or five months,” the chairman and CEO of Omaha-based Berkshire Hathaway Inc. said in an interview broadcast Thursday.

“I hope we get over it pretty soon, because it’s not productive,’’ Buffett said. “We will come back regardless of how people feel about Washington, but it is not helpful to have people as unhappy as they are about what’s going on in Washington.” 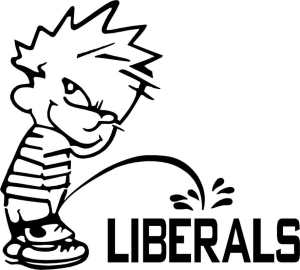 Translation:  I’ve got mine so shut up.  If you lost your job, your house, your family, that’s tough.  The big banks and Wall Street got bailed out by my boy and his posse, and there isn’t a damn thing you can do about it.  Oh, sure, you could vote them out. But that would be “not productive.”  Yeah, the economy will come back when those bastards are all thrown out of office.   I wish I could piss on his leg and see him call that “not productive.”

Would you rather see Obama eating watermelons and chitlins or Halal Food?

Would you rather see Palin in the White House or Playboy?

“I’d rather see her in the White House,” Ochocinco said. “I really don’t want to see her in Playboy.”

TO added: “There’s nothing really about Sarah Palin that is Playboy-ish.”

“She’s cute though,” Ochocinco interjected. “With those little glasses, she looks good.”

This is just more of the liberals putting Sarah Palin down based on her sex.  It’s pure harassment designed to sexualize her and minimize her as a candidate, as a spokesperson and as a person.

How about axing T.O. and Ocho some of these questions?  “Do you think the Obama girls look more like nappy-headed hos or po white trash?  Do you think B. Hussein Obama was more dangerous to America as a community organizer or as president?  Does Barrack The Wonder Boy remind you more of a crack selling thug or a Chicago gangster?”  Or even this: “Would you rather see Michelle Obama’s naked junk in Hustler or have her traveling to Spain for extravagant vacations?”

All regulars here know me. I’m as politically incorrect as the next guy.  Just asking such questions does not bother me.  It’s the hypocrisy  of the left (and blacks) and the double-standard about what is and what isn’t acceptable speech, depending upon the topic and the speaker.

Rant over.  Just reason 9,451,039 to say “F#ck all you liberal and progressive faggots out there.  Nothing to see here. Move along.