Bill Maher is an Unscupulous Bastard

Who the hell cares what Miss O’Donnell did when she was young. We’ve all probably said or did something we wish we hadn’t. It’s called being Human.

Bill Maher is a Sorry Rat Bastard who is blackmailing Miss O’Donnell to come on his show. I believe if Maher goes through with his blackmail scheme, it will spell the end of his career, unless of course, Miss O’Donnell falls for the trick and gives him his interview.

The cancellations came after liberal comedian Bill Maher released Friday night on his HBO show, “Real Time,” an unaired clip of O’Donnell talking about her unwitting participation in witchcraft.

“I dabbled into witchcraft. I never joined a coven,” she said in 1999 during an appearance on  Maher’s old ABC show, “Politically Incorrect.” O’Donnell said she “hung around people who were doing these things. I’m not making this stuff up. I know what they told me they do.”

“One of my first dates with with a witch was on a satanic altar, and I didn’t know it,” she added. “I mean, there’s little blood there and stuff like that. We went to a movie and then had a midnight picnic on a satanic altar.”

Maher has threatened to release a clip of her every week until she agrees to an interview with him.

O’Donnell appeared on Maher’s old show 22 times as a conservative activist speaking out against abortion, homosexuality and premarital sex. 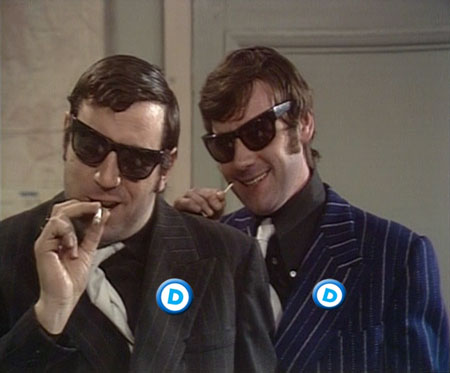 be a shame if anything happened to it...

For the first time in my adult life, I’m ashamed of America.  Ashamed that America allowed one so unqualified to be elected President. Obama would be laughed out of any interview for a mid-level manager at most corporations.  He’d be laughed out of any interview as the CEO.   This one is on Republicans, too.  I expect Democrats to nominate leftist drivel to run.  But Republicans nominated a flawed candidate who never should have had a chance.  And Republicans nominated GWB not once but twice.  Some of the best people in the world are Republicans. They just won’t run for office.

I’m ashamed at what a bunch of thugs are filling the Administration.  What Nixon did secretly,  Obama is doing openly.  His Administration flaunts the law at every turn.  Don’t like a law? Just don’t enforce it. Don’t have the votes to enact immigration amnesty?  Just dismiss deportation cases.  Want to break a law? We’ve got an ap for that! Some nosey IG investigates you, our political buddy, one of our donors? We’ll fire the bastard.

I’m ashamed at how the world’s most powerful man attacks American citizens.   When they call it a bully pulpit they do not mean that it is for bullying people you moron.