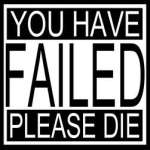 At last, the definitive purity test to determine if you are fit to be considered a Smash Mouth Politics “True Conservative.”  Fail even one of these, sucker, and you have to buy the next round at the local brewery.  If you are one of those girly men at tooconservative, you are guaranteed. To fail.

END_OF_DOCUMENT_TOKEN_TO_BE_REPLACED

I’m thinking Obama won’t be getting another book 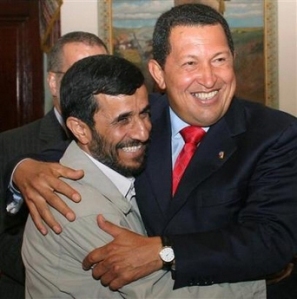 Hugo Chavez thinks President Obama smells of Sulfur now, too?  Claims that the USA used an “earthquake weapon” to attack Haiti.   Pretty damn slick weapon if it can cause a quake on Haiti but leave the Dominican Republic unscaithed!   From Fox News:

“Citing an alleged report from Russia’s Northern Fleet, the Venezuelan strongman’s state mouthpiece ViVe TV shot out a press release saying the 7.0 magnitude Haiti quake was caused by a U.S. test of an experimental shockwave.”

“The station’s Web site added that the U.S. government’s HAARP program, an atmospheric research facility in Alaska (and frequent subject of conspiracy theories), was also to blame for a Jan. 9 quake in Eureka, Calif., and may have been behind the 7.8-magnitude quake in China that killed nearly 90,000 people in 2008.”  [pssst!  Don’t tell China!]

“What’s more, the site says, the cataclysmic ruin in Haiti was only a test run for much bigger game: the coming showdown with Iran.”

“The ultimate goal of the test attack in Haiti, the report reads, is the United States’ “planned destruction of Iran through a series of earthquakes designed to topple the current Islamic regime.”

The heartache!  Pres Obama said they would love us once he became President.

p.s. And no Meghan, this is not some parody that I made up.  You can’t make up this stuff!

Down with the ship!

The White House launched an emergency bid to shore up the nomination and Senate Majority leader Harry Reid and other influential senators threw their support behind Bernanke.  “Women and children on the life boats first!  Damn you Harry, get out of that life boat!”

When pressed as to why he did not see the financial meltdown before it struck the U.S. Economy, Captain Fed Chairman Ben Bernanke was honest: “I was asleep at the wheel.”

Said one anonymous supporter: “Even though he nearly caused a catastrophe, think of all the experience he has gained trying to fix all the problems that his inexperience caused.  If the Captain of the Titanic had not gone down with the ship, who else would you want at the helm the next time he allowed a ship to hit an iceberg?  All that on-the-job training should be put to use, am I right?” 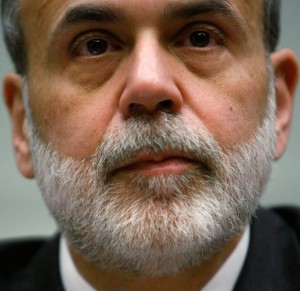 Any resemblance between Ben Bernanke and Captain Smith is purely co incidental, right? 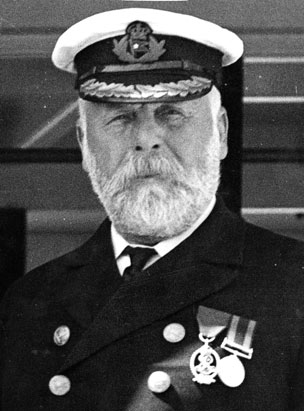 “Our country is still facing an economic crisis and while I appreciate the service that Chairman Bernanke has performed as Federal Reserve Chairman, I believe that he must be held accountable for many of the decisions that contributed to the sinking of the U.S. Economy our financial meltdown,” McCain said in a statement.

If Ben Bernanke was the football coach of the Lions

Team Owner (William Clay Ford, worst owner evuh, played by Barack Hussein Obama, contemplating whether to fire Bernanke):  “We’ve just had our worst two seasons since we first hired Reagan to clean up the mess left over from Jimmy Carter’s years here.  It’s almost as bad as when Gran Pappy owned the team during the Great Depression. We are used to incompetence around here, and Ben seems to fit right in.  I wonder if I should extend his contract?”

The team’s over-priced punter (played by stock traders on WallStreet): “But we love his cheap money and zero interest rates.  We love how he bails us out when we shank a punt and refuse to tackle.  We love our big bonuses for doing nothing!  If you fire him, we’ll shank even more punts!  We’ll wait until the game is on the line and you can’t punish us.  You know we will!”

Matt Millen (the team’s ex-General Manager and now T.V. analyst, played by those in Congress who want to extend his contract):   “I have a real eye for talent.  Bernanke’s a real keeper. I’d give him a raise.”

Washed up old scrub who was picked up on waivers: (played by banks that were bailed out by Bernanke):  “He’s the greatest coach ever. He worked miracles after we screwed up the economy and caused the worst economic melt-down in several generations! Give him a new contract!  Sure, perhaps he shouldn’t have let us screw up the economy, but he sure bailed us out when we needed him!” END_OF_DOCUMENT_TOKEN_TO_BE_REPLACED

When your wonderful daughter in law get you a snuggy for Christmas, you better wear it. And let her take a picture of you wearing it.  And post it on your blog. END_OF_DOCUMENT_TOKEN_TO_BE_REPLACED

by the Naked Republican

Is it any wonder that President Obama’s biggest fan is a lying bitch?  What do you call it when “she” [if she really is a woman] writes letters to editors into numerous newspapers around the country and gives a different address each time.  “She” can’t reside at dozens of different  addresses.  And apparently some editors called her to find if she really resided where she claimed to reside, and she gave false information.  Some enterprising citizens have started a facebook page for her. Go friend her.