Sen. Webb is trying to piss me off

I’m used to just keeping it simple and disliking him, period.  Is he TRYING to earn my vote? Is he showing that he isn’t just a democratic party hack? If so, he is doing a real fine job of it!

From Politico: “Senator Jim Webb put out a statement that puts the notion of a quick Senate vote out of reach and pretty much makes a certification fight moot:

In many ways the campaign in Massachusetts became a referendum not only on health care reform but also on the openness and integrity of our government process. It is vital that we restore the respect of the American people in our system of government and in our leaders. To that end, I believe it would only be fair and prudent that we suspend further votes on health care legislation until Senator-elect Brown is seated.

Smash Mouths FIRST EVAH second Rule 5 post about some chick.  We already paid this girl her due in “Angle Lola has some interesting assets.”  How much more publicity could a well-endowed woman axe for from Smash Mouth? Obviously, this lady could ask for more, and demand more, and Smash Mouth would gladly delivah!  [NSFW?] END_OF_DOCUMENT_TOKEN_TO_BE_REPLACED

My thoughts about the Massachusetts election tonight

In random order.  I am not too excited about any Republican from “Massachusettes.”  I don’t trust Yankee Repubs further than  I can throw them.

He’ll probably turn out to be a Susan Collins, Olympia Snowe, Lincoln Chafee Republican, supporting liberal positions as often or more as he supports conservative positions.

But if he follows through and really opposes Obama care, and that causes it to fail, and if he sides with the Republicans often enough to just slow down the Pelosi/Reid/Obama express that is trying to run rough shod over the country, I’ll be satisfied. Better yet, if he causes those fools, or at least the more moderate dems, to slow down and seek bi-partisan support for legislation, I’ll be happy.

Does Scott Brown eat puppies, too!!?

Trijicon scopes rub off on atheists and cause them to convert 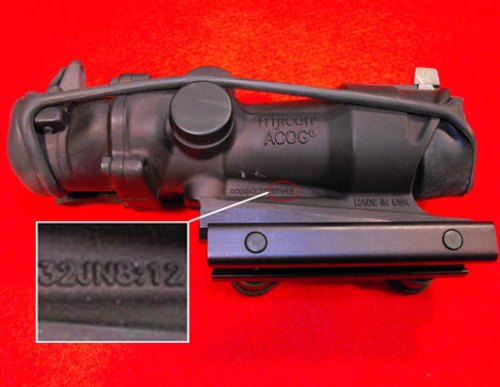 Save the atheists from THE CODE!

Only break out in case of Christian Crusades! Harmful or fatal if exposed to atheists!