Really. THIS is required listening.  All you liberals who castigated John Woo for doing his job should listen to this with an open mind.

Posted on January 13, 2010 by John Doe | 1 comment
This one is for Megan:  “The husbands and wives in these [radically fundamentalist ‘movement’] families feel themselves to be under a religious compulsion to have large families, a homebound and submissive wife and mother who is responsible for the schooling of the children, and only one breadwinner. These families are not living in romantic, rural, self-sufficient farmhouses; they are in trailer parks, 1,000 square foot homes, houses owned by relatives, and some, on tarps in fields or parking lots.”

Poor abused Megan and her poor abused children living in their trailer park. And she thought she was living in a “romantic, rural, self-sufficient farmhouse” that grew its own vegatables and taught the kids the value of hard work.  No, wait, what? Oh, yeah, my children were home-schooled, too.  And you should see how poorly ackadeemikally they did, and how mal-adjusted socially they

Here at Smash Mouth we are acutely attuned to news reports of goats born with human faces (see here).  We know we have many rural readers, and we know what you rural readers do. (Just kiddin’, I’m a country boy who just happens to live in the ‘burbs until I can convince the city wife to move back to the country–it’s complicated.)

But any way, here is the news report that goes with the photo above. I’m believing in it until they tell me it’s fake.

“Erhan Elibol, a vet, performed Cesarean section on the animal to take the calf out, but was horrified to see that the features of the calf’s snout bore a striking resemblance to a human face.”

“I’ve seen mutations with cows and sheep before. I’ve seen a one-eyed calf, a two-headed calf, a five-legged calf. But when I saw this youngster I could not believe my eyes. His mother could not deliver him so I had to help the animal,” the 29-year-old veterinary said. 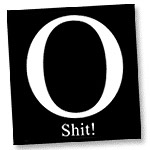 Somebody forgot to notify the Germans that Hopey Changey was just bull shit concocted by an inexperienced Chicago thug’s handlers in order to hoodwink naive voters into electing him President of the USA.

The musical “Hope — the Obama Musical Story” was written by one of those naive hoodwinkees, American writer Randall Hitchens. Careful, this next quote is almost too painful to read:

“I had the idea (for the musical) during the presidential campaign. … It was fascinating and the mood at the time fired my imagination,” American writer Randall Hitchins said in a news release provided by the organizers. “All the people were hoping for a change for a better life and there was such a great, collective emotion.”

OMG! You believed all that bovine fecal material? Buddy, there is no Easter Bunny either! (h/t No. 1 Son)