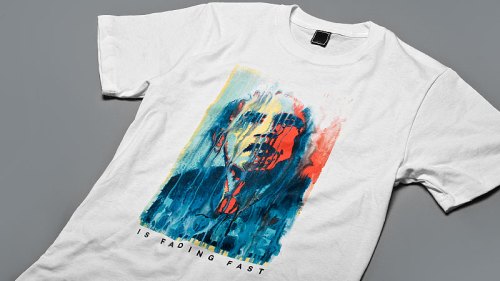 A Community Organizer has risen to his level of incompetence

There’s (still) something about Mary Landrieu

When the stuck pigs squeal, see here, here here and here for example, you know you are hitting the mark.

And when something gets taken down (here is what was up before being taken down) from Time Magazine’s blog, with this message:

“A photo illustration included in a recent post about Sen. Mary Landrieu was in poor taste and not up to the standards of TIME or time.com.  We regret the error.”

Mary, there's some semen in your hair.

There is a reason I don’t read “Time” or its silly blog.  But hey, even “The Boss,”  Michelle Malkin, denounced the use of calling Landrieu a whore and using reference to semen in her hair for being such a whore. Sorry, Boss, I have to disagree. I don’t agree with the liberals calling conservatives whores, but they do. I’m not gonna keep on the gloves while they fight with their fists. I’m not bringing a knife to a gun fight.  Screw the liberals. Fight back.  Senator Mary Landrieu, you filthy whore.  END_OF_DOCUMENT_TOKEN_TO_BE_REPLACED

A little Rule 5 action for a slow Wednesday here in central Virginia.  And a little video with “special” music, just for Smitty.

END_OF_DOCUMENT_TOKEN_TO_BE_REPLACED

Blacks are the racists

As if we need more evidence from the race that gives us the exclusive, officially sanctioned most racist group in America, the Congressional Black Caucus, a recent Gallup poll shows yet more evidence of black racism in America.

“Since the start of his presidency, U.S. President Barack Obama’s approval rating has declined more among non-Hispanic whites than among nonwhites, and now, fewer than 4 in 10 whites approve of the job Obama is doing as president.” [THESE ARE WHITES WHO SUPPORTED OBAMA–until they found out what an inexperienced boob he is!]

“Blacks’ support for Obama has averaged 93% during his time in office, and has been at or above 90% nearly every week during his presidency. Thus, part of the reason Obama’s support among nonwhites has not dropped as much as his support among other groups is because of his consistent support from blacks. (With Hispanics’ approval rating down five points, greater declines among Asians, Native Americans, and those of mixed races account for his total seven-point drop among nonwhites.)”  [IN OTHER WORDS, EVERYBODY is catching on what an inexperienced boob he is, except for blacks. Because they are racist! Oh, sure. Perhaps, wink wink, it is just racial pride.  But we know what happened in Atlanta. Some white chick was about to win the Mayorship because the black vote was split, and all the blacks rallied against her.]

I recently got a lot of  hits on an old post for no reason (and a lot of liberals started showing up) so I investigated.  Turns out a google photo search of Michelle Obama turned up a photo of her as a monkey.  The reason that this blog was receiving so many hits on an old post was that on the first page of a google search of “Michelle Obama Monkey” a photo from that post came up on the first page. Natch, do-gooder liberals were coming here to view first-hand what a racist blog this was.  Of course, what they found was an article pooh-poohing their whining about a “racist” cartoon about their Beloved Leader, and pointing out that the liberals early and often compared GW Bush to a monkey.  What’s good for the gander and all.

But the REAL story here is the hypocrisy of Google!  They APOLOGIZED  that the picture of Michelle the Monkey even came up in a photo search!  Oh Boo-Fricken Hoo!  I don’t see them apologizing to conservatives.  A google search of “George Bush” brings up as the second photo one of him eating a live kitten.  Another on the first page shows him as a monkey. 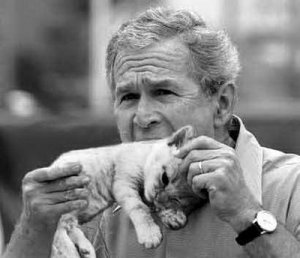