What NOT to do during your first year as President of the United States, By Barack Obama 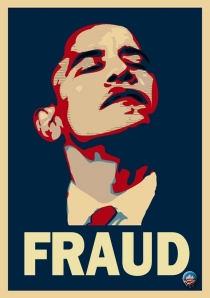 After voting today I was feeling nostalgic. The sun is shining, the sky is blue, and G.O.P. victory is in the air. And it made me think of all the bumbles and fumbles and miscues that Obama has made over the past  year.

When he first won the election I was devastated.  I could not understand how so many people could be hoodwinked by somebody who I could see so clearly was an inexperienced phony who was acting as though he is a moderate when he is really a far left partisan hack.  But the day after the election I was willing to set aside my concerns and hope that Obama would govern as a moderate, when I wrote: “I could be bi-partisan right now”. Back then Obama had the support of more than 70% of the citizens.  He could have healed this country, brought us past our racist past and governed with near unanimous support.

But he acted like a football team that was blowing the other side out during the first half of the game but which came out after half-time and completely changed its game plan.  He ran as a centrist.  He won by claiming that he would not raise taxes on 95% of the population. Granted, anybody who was not a moron knew that campaign promise was a fat lie.  But people wanted to believe it.  He ran by claiming that he would operate the most transparent administration in history.  He claimed that Afghanistan was the battle that we should fight and that we must win.  He claimed that he would take us beyond partisanship.  But as soon as he got in office the facade came down and the real Obama came out.

Obama fumbled the kick off to begin the second half.  One of Obama’s first steps was to completely hand over the task of writing the porkulus stimulus package to Nancy Pelosi.  Far from being bipartisan, that package garnered zero Republican support in the House and only three Republicans in the Senate supported it.   END_OF_DOCUMENT_TOKEN_TO_BE_REPLACED