Barack Obama as his followers see him 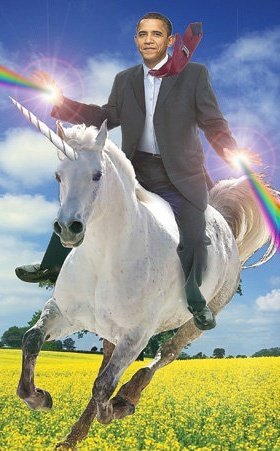 Here I come to SAVE THE DAY! (in his best Mighty Mouse imitation voice)

I AGREE with a decision Pres. Obama made!

Hell is freezing over? 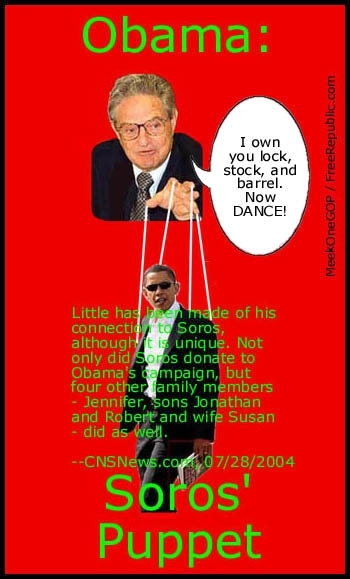 An article in the WSJ is dead on: Obama made a courag -eous decision to send 17,000 additional troops to Af -ghanistan.  Here is the money quote:

“But the case of conserv -ative opposition to the war in Afghan -istan—as well as increas -ingly in Iraq—is symptomatic of something larger: the long history of political parties out of power advancing a neo-isolationist outlook. For example, Democrats were vocal opponents of President Reagan’s support for the Nicaraguan contras and the democratic government in El Salvador, the U.S. invasion of Grenada, the deployment of cruise and Pershing missiles in Europe, and the forceful stand against the Soviet Union generally.”

Although I believe that we need to send many more troops than just 17,000, in order to have a “surge” like the one that the Dems and moderate Republicans said wouldn’t work in Iraq when GWB was President.  Just because Obama is a socialist puppet of Soros doesn’t mean we should not support him on those rare occasions when he does the right thing.

What were you idiots thinking when you voted for this socialist pig?  We told you that he is a socialist dictator wannabe, but you all were too stupid to listen.

Whiskey Tango Foxtrot?! For those of you not following the situation in Honduras, their el Presidente (or whatever they call them down there) was attempting to violate their constitution by running for a second term. Their congress and supreme court told him to stop, but he refused, so they kicked him out and appointed a successor who is only filling in until the next election. Sounds wonderful, sounds as though their system is working, right? But NOOOOOOOOO!  Don’t kick out a buddy of Hugo Chavez, don’t kick out somebody who wants to turn Honduras into the next Cuber or Venezuela.  Any friend of Castro or Chavez is a friend of Barry’s.

p.s. you morons who voted for Barry sorry yet?

Remember Hillary Clinton changed the rules to allow gay diplomats equal benefits for their queer partners as heterosexual diplomats received for their wives?  But let some heterosexual embassy guards who hire whores and piss on themselves? They get fired.

“Clinton has “zero tolerance” for the behavior described and has directed a “review of the whole system” for farming out security to private contractors that may have threatened the safety of embassy personnel, Kelly [a spokes person] said.” 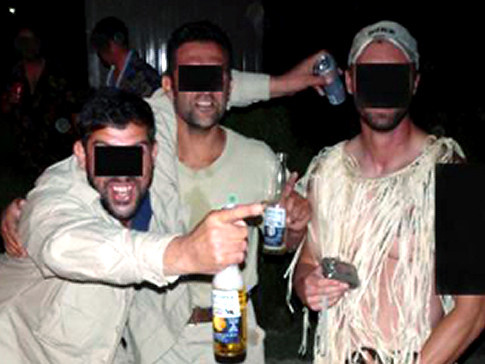 Now, if these guys had just been queers, all would be forgiven

Let’s see, what’s worse, pissin on somebody or what queers do? Never mind, I don’t want to compare varying depths of depravity. The point is, what the hell is Clinton doing drawing lines like this?  Hiring [heterosexual] whores, boozing it up, and pissin on each other on your own time: BAD! ZERO TOLERANCE! FIRING OFFENSE!  Giving each other proctological exams with members of the same sex: GOOD! TOTAL TOLERANCE! EQUAL BENEFITS!

What a hypocrite.  How can you condemn one set of sinful behavior but condone another? Oh, the depths to which liberals will dive to defend deviant behavior. Don’t get me wrong, I support firing such perverts.  We don’t need such behavior when they are sort of representatives of our country in another country. But I oppose equal benefits for queer diplomats. For the same reason.

p.s. Not to mention Hitlery’s own husband, who went around raping, sexually abusing subordinates, serial womanizing, etc. ad nauseum.  Why didn’t she fire him?

Pres. Obama gets smacked down by a doctor

“Since we are moving toward socialism with ObamaCare, the time has come to do the same with other professions—especially lawyers. Physician committees can decide whether lawyers are necessary in any given situation…”

“• Physician controlled legal review. This is potentially the most exciting reform, with doctors leading committees for determining the necessity of all legal procedures and the fairness of attorney fees. What a wonderful way for doctors to get even with the sharks attempting to eviscerate the practice of medicine.”

URL    : deedsforvirginia.com
Whois  : http://cd.iron.net/cgi-bin/whois.pl?queryinput=82.590.3.118
Comment:
God DAMN it!  What is wrong with the people of Virginia? I thought that they were all godless heathen who hated the religious right!!? You know, like my base does.  We thought that we had struck pure gold by releasing “the Thesis” and getting our lap dogs at the Washington Post to write about it 27 times in three days. Does nobody read the WaPo anymore? Does nobody read their echo chamber, the liberal blogs in Virginia? WTF? My poll numbers have stagnated worse than a pond filled with coal slag.  I should be ahead by now.  God DAMN those Virginians who believe in old-fashioned values!

You can see all comments on this post here:
http://Smashmouth.wordpress.com/2009/09/05/Deeds-email-regarding –McDonnell-leaked/#comments

p.s. BWAHAAHAA! Google “creigh deeds for governor” and at the top of the page is McDonnell for Governor