Dem. candidate Creigh Deeds: “I’m the most progressive candidate in this race.”

Republican candidate Bob McDonnell: “I’m not as socially conservative as I was twenty years ago.”

Democrap blogosphere: “What a guy wrote twenty years ago matters! Look, he was thirty years old and married when he wrote it!” [caveat: if he left a woman to die in a submerged vehicle, that does not matter.  See, e.g., Edward M. Kennedy.  If he was a member of the KKK, that does not matter, either. See e.g., Sen Robert Byrd.]

NOW you know all you need to know about the Bob McDonnell “L’faire Thesis.”

The Brit’s socialized medicine decides who is terminally ill and no longer entitled to medicine to keep them alive. Obama wants that system here in America. What could go wrong?

Help me out here, will ya?

“President Obama says that you are dead.”

“No you’re not! You look sick. You’re almost dead!”

Quick, somebody cry racism! We gotta save this incompetent marxist boob from becoming a lame duck in his first year of office! 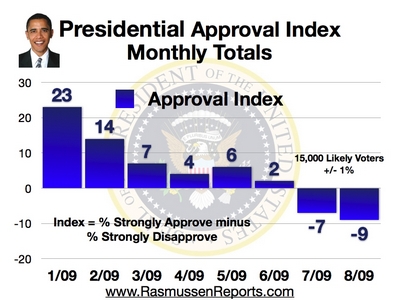 The REAL Obama is who we said he is. Ya'll just din't listen

Gut check Bob. Do you want to bend over and take it from the leftists and immoral progressives and whacky women’s libbers, just so that you can be elected Governor, or do you want to be a man and defend you views? ANY social conservative is going to be attacked by the collection of perverts and pervert-enablers that infest the left-wing of America known as the Democrap party. Get used to it.

Sure, widdle Bobby, you will lose some RINOs and squishy moderate Republican votes. They’d rather support faggots and abortion and women’s libbers–and take the self-proclaimed “most progressive” of the Dem candidates who ran for the Dem nominee–than support a fiscally conservative who has conservative social values.

Here is a tip, Bob: IF YOU DON’T STAND UP FOR YOUR SOCIAL VALUES, whatever the hell they are now, then you won’t have my vote.  We don’t need another candidate who will say anything and do anything to get elected.  Do I think people should judge you based on a twenty year old thesis? No. Do I think you ought to tell people exactly what you do believe now? Hell yes. With further. Without apology. Screw them if they don’t like it. Be a fucking man.