The missile, believed to be a Taepodong-2 with a range of up to 4,000 miles, would be launched in early July from the Dongchang-ni site on the north-western coast of the secretive country.

Kim Jong II claims that much of Oahu is uninhabitable due to active volcano eruptions. He claims that his scientists hope to detonate in the koolau volcano and then to study the effects of nuclear radiation on the volcano for the next 500 years. 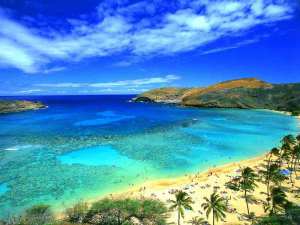 Barry's old homestead about to be leveled?

The Obama Administration hopes–hopes–that the missile will not be able to fly as far as Hawaii.  Obama Press Secretary Robert Gibbs noted that North Korea is not a country ruled by an evil communist dictator.  Said Mr. Gibbs, “If we have to evacuate all of the Hawaian Islands, so be it. It is not too steep a price to appease Kim Jong II and have ‘peace in our time.’  Thanks to the steady hand of President Obama, the North Korean situation will not escalate into any kind of beligerence on the part of the United States.  In fact, the United States has many scientists on hand who are very interested in seeing the effect of a twenty megagazzillllion bomb being detonated in a volcano. Some think it might be neat.”

It has now been revealed that a scientific breakthough has been achieved in the field of “human cloning.”  Scientists, whose names have not been revealed, have carefully hidden the fact that they have successfully cloned a human individual. The cloned human has already reached

Geez, kid, you put me to shame! Why didn't I think of broadcasting live from the Eagle's Nest at Berchtesgaden?

adult-hood, and in fact has risen in the ranks of corporate America to be President of ABC News.  His new name is David Westin. The person he was cloned from is of course, Joseph Goebbels.  Mr. Goebbels was Nazi Propaganda Minister under German Fuehrer, Adolf Hitler, until the end of World War II.  Note that Mr. Westin died his hair and parted it at the other side, and is younger in his photo than Mr. Goebbels was. But the scientists who cloned him assure me that otherwise Mr. Westin is a carbon copy of Mr. Goebbels.

"ABC news is live at Hitler's HQ, bringing you the top ten reasons why Hitler's new plan to exterminate the Jews is GOOD for Germany! 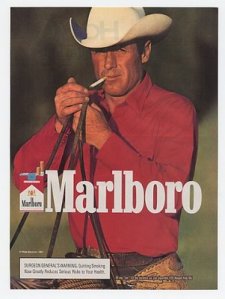 And you thought cigarettes were hazardous to your health...

Investigation of President Obama’s Political Cronies Can Cause “Confusion,” “and other troubling and inappropriate conduct.”  Use Extreme Caution When Told to Back Off by the President’s Political Hacks.  Such Investigation May also Lead to Unemployment, Public Attacks on Your Integrity, and Even Death.

Democrat Party = party of the misfits

We aren't freaks! We ARE the Democrat party!

“Geeks, sportos, motorheads, dweebs, dorks, sluts, butt heads …they all adore him. They think he’s a righteous dude.” -Principal’s secretary in Ferris Bueller’s Day Off.  That so reminds me of the Democrat party and it’s adoration of President Obama. Because the Democrat party is so full of freaks and weirdos, many have forgotten what “normal” is.  This is in response to an article in today’s The Daily Beast that compares the Republican party to the party of zombies.

You KNOW I’m right. If you aren’t a member of one a group of the freaks and weirdos previously mentioned.  This isn’t a condemnation of all Democrats. Many good people are still Democrats. I realize the reluctance of good people to just give up and admit that it is hopeless. It is tough to admit that the human vermin have taken over the leadership of the Democrat party, and changed it from what it used to be (a great party) to a party that stands almost reflexively against everything that made America great.  I’m not condemning you.  END_OF_DOCUMENT_TOKEN_TO_BE_REPLACED