Loudoun Insider over at “Too Conservative”: just another gutless Democrat too lazy–or too ignorant–to switch parties 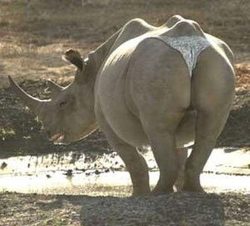 Loudoun Insider in his RINO panties

Too Conservative, you suck. Sure, you RINOs and “Moderate” Republicans say we should keep traitors like Specter and Colin Powell in our “big tent.” Then, when a conservative wins the nomination, suddenly your traitorous colors show through. “Oh, Cuccinelli is too conservative. Cuccinelli is too wacky. Oooh, ooooooooh, we might lose.  So I’ll just give up in advance and vote for the Dem nominee, whoever that is. They won’t be extremists like Obama. Will they?”

So, yes you dumbasses, “they” really are “tracking you” with your social security number. I don’t know the full context of Cuccinelli’s speech–some lying SOB cut it off for maximum “kook” effect. But I’ll wager it is not as whacky as that loser “Loudoun Insider” would have you think. I expect that kind of crap from people such as the knuckle dragger over at Blew Virginia, but I don’t need it from purported Republicans. So here’s to you Loudoun Insider: Hey buddy, don’t go away mad. Just go away. We don’t need worthless pondscum like you in the Republican party.

7 responses to “Loudoun Insider over at “Too Conservative”: just another gutless Democrat too lazy–or too ignorant–to switch parties”