Breaking News: Photos of Airfarce One over New York City

has been obtained by John Doe through the Freedom of Information Act.  Or something like that… 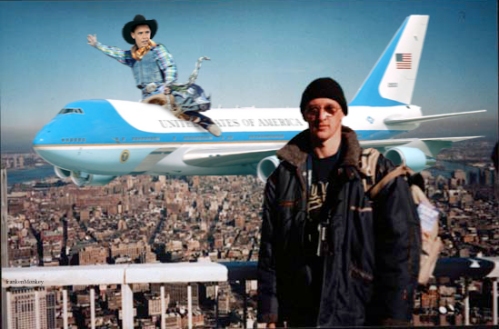 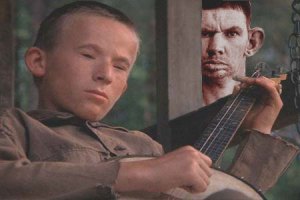 and the lower chamber approved it today, making Maine the first state in the country to allow same-family marriage.

Maine Governor John Baldacci once opposed same-family marriage, but said earlier in April he was keeping an open mind on the issue.  He said that he just could not see treating children/parent marriages or sibling marriages any differently than same-sex marriages. “If you are a pervert, you are a pervert, and we can’t very well play favorites, giving some perverts more rights than others, can we? This law allows any number of men to marry any number of women. It could not be any less safe to allow inbreeding than to allow two AIDS-ridden faggots to marry.”

The legislation redefines marriage as the legal union of two people rather than between any men and any women. And it specifically allows for adult children to marry their parent–either one or both. It passed the Senate by a 20-15 margin.  END_OF_DOCUMENT_TOKEN_TO_BE_REPLACED

Careful, this photo might not be appropriate for work or children.

THIS is why Democrat politicians are better than Republican politicians

“Despite promises from Senate Majority Leader Harry Reid (D-Nev.) that Sen. Arlen Specter (Pa.) would retain his seniority after switching parties, Specter will be put at the end of the seniority line on all his committees but one under a resolution approved on the floor late Tuesday.”

Lie to Specter, get him to switch parties, then bitch-slap him. BWAHAAAHAAAA! Classic. What is he going to do about it? Switch back to the Republican party? Or admit that he only switched parties out of opportunism because of promises from Harry Reid? This is brilliant. Harry Reid enticed Specter to become a Democrat–for whatever that is worth–but is now treating him like the good back-stabbing worthless piece of shit that he is.  Give him seniority, and allow him to jump ahead of other party members who have been loyal for years? Only pathetic wimpy idiotic Republicans would do such a thing. And take away this moron’s seniority and there is even less reason for any Pennsylvanian–Democrat or Republican or whatever–to vote for him come next election. The old fart is going down, and will soon be Mr. Irrelevant.  Sometimes, as Harry Reid has just illustrated, having no scruples is a good thing, and really pays off when you want to give somebody what they really deserve.

See how the media treated two different people in the news

I haven’t added a damn thing but this is so great I am linking to it at “Hot Air“. And try to guess who the media was talking about: “Media investigation of one revealed a “journey of spiritual zeal, linguistic and cultural education,” an “emotional” young person who had an “independent spirit.”  Others interviewed described him as one who “loves America” and is “a sweet kid.”

Can you guess who the media was talking about?

The REAL reason Benedict Arlen Specter switched to the Democrats

Because he is a fucking moron.  When asked [after the switch]

whether he cared about a shortage of Jewish Republicans in the Senate, Specter replied: “I sure do. There’s still time for the Minnesota courts to do justice and declare Norm Coleman the winner.”  But F’n Moron Specter later tried to claim he just misspoke.  Like a turd floating down stream, Specter has finally found his place in the sewer of life.

Hell, it is a full-time job pointing out what an ignoramous he is, but 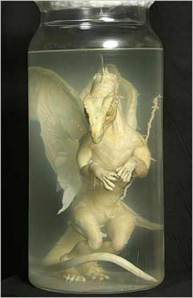 somebody has to do it.  Little Dougie’s latest ignorant blog comment? Dumbass Dougie gets his panties hot and excited over a Chris Matthews’ video where Matthews asked GOP Rep. Mike Spence if he believed in evolution.  In dumbass Dougie’s world, Matthews “destroyed” Rep. Spence.  Dumbass Doug (there is a reason he is a collection attorney–any attorney too stupid to get a real job goes into collections) believes the canard that anybody who does not believe that men evolved from the primordial ooze billions of years ago is somehow anti-science.  At least I think that is what dumbass believes, it is so hard to tell–because he never has an original thought in any of his blog comments–he just parrots what some other dumbass says.

I will type slowly so that even a pathetic collection attorney can understand: Not all people who are skeptical of the claims of science are “Creationists.”  Many Christians believe in evolution. Not all “Creationists” reject “the theory of evolution.”  All Creationists believe in “micro evolution” (variation within the species, such as the difference between a Daschund and a Great Dane, or within bacteria which cause the swine flu, to address a straw man set up in one of Dumbass Doug’s previous blog articles).  Not all “Creationists” believe that the earth is only about 6,000 years old.  Many do not.

But what most “Creationists” do believe is that scientists are people, and some scientists are liberals; and that liberals are full of shit; and that you can’t blindly believe a damn thing that liberals say. Because liberals lie. And they pull scams, such as the theory of “anthropogenic global climate change,” and then try to force their bogus views on the entire world.

So we are skeptics.  When science tells us that the “missing link” between species has been found, a.k.a. “The Piltdown Man,” we do not blindly follow it. When science tries to get us to accept as a fact that life evolved from non-life billions of years ago “from the primordial ooze,”  we do not blindly accept it as true (as Dumbass Doug apparently does).  We are skeptical. We want to follow the science wherever it leads. With facts.  Like they presumably taught Dumbass Dougie to do when he studied law through Correspondence Classes.

Granted, it might be true:  Perhaps life did evolve from non-life billions of years ago. Of course, we have absolutely zero evidence to support such a proposition. But that does not dissuade true-believers in evolution, such as Dumbass Dougie.  True believers in evolution accept it upon faith that life evolved from non-life. And they get hostile and object when we want our children to be told the truth–that science just do not know and there is no proof to support such a belief that life evolved from non-life. And they object when we want our children taught the truth, that it is just godless heathen talking out their assholes with no evidence to support their beliefs.  Come to think about it, that is right up Dumbass Dougie’s alley. It’s in his wheel house. It’s what he does best.

p.s.  Cute, even the idea for Dumbass Dougie’s comment came from “Little Green Footballs.” Now we know who Dougie spends his intimate time with?

in his choice to appoint a successor to Sen. Hillary Clinton. She succumbed to pressure from her children, wink wink. Her oldest daughter said, “Mom, you are above this.” And I have some ocean-front property to sell you in Kansas, too!  More likely the oldest daughter said: “Um, like, Mother, like, you um, uh, are not, like, you know, gonna win. Duh! So, umm, like, you know, you should have, like, umm, ya know, withdrawn!” And it took dumbass Princess Caroline this long to think up that lie story, tell it to some idiot bimbo who would report it as being true.

One dumbass liberal hugging another

Somebody who “gets” it regarding “torture”

Its hard four me too find people who right as good well ass me, butt 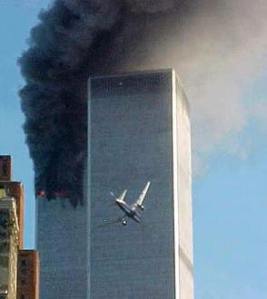 when I dew, eye just gett out the weigh and kwote them:

Gregory Kane ended his article in the Washington Examiner thusly:”…Perhaps Obama, instead of piously intoning that America “does not torture,” should instead tell the world, specifically terrorists, that from now on the nation will invoke the great African-American Prime Directive of “Don’t start nothing, won’t be nothing.” Because once you start something, then anything goes. So from now on, we won’t have to fret when guys like Mohammed and Zubaydah get waterboarded. After all, they would have been warned in advance. (And won’t someone point out that Mohammed and Zubaydah got off a lot easier than those poor souls trapped in the Twin Towers on Sept. 11, 2001?) If we don’t want to go with the Great African-American Prime Directive, perhaps we can go with one less known. I can’t recall who said it or where I read it, but it goes something like this: If it’s worth fighting for, it’s worth fighting dirty for.”

Obama to skip National Day of Prayer. Here are his

2. He went to church to solely to use as a prop to help himself get elected. He won. He is no longer running for office. Do I have to draw you a picture?

4. He doesn’t want to piss off his rabid liberal athiest base.

5. He didn’t want to be a bad influence on his children and the children of America.  In his opinion, only right-wing whackos actually pray.

7. He didn’t want to be heard praying the way Rev. Wright taught him to pray: “God bless America? NO NO NOOOOO!  GOD DAMN AMERICA!”

8. The way he normally prays in private would look so awkward in public, getting out his prayer rug, bowing towards Mecca and uttering “Allah Achbar” etc.

9. He’s too busy saving the world.  Besides, how is he going to read the teleprompter with his eyes closed and his head bowed?