A San Francisco of the South? A place where godless heathens and faggots take control of the government? I must say, I’ve had that as a recurring nightmare. Opposing faggot marriage? Illegal. Opposing Soviet style government? Welcome to re-education camp, Komrade.  Free Speech? Nada. Granted, godless heathen have take over infested our state schools, and the mainstream media, and the lower echelons of government. And the blogs, such as Bacon’s Rebellion. But there is still time. Right?

Wanted: Physician. Must be willing to kill late term babies

Democrats call this "a choice"

No experience (or scruples) necessary. Will train. Must be willing to re-locate to Witchata, Kansas.  We provide the bullet-proof vest and life insurance. Salary negotiable.  Planned Parenthood of Kansas.

Note: Planned Parenthood is an equal opportunity employer and does not make employment decisions based on race, color or creed. We do, however, prefer to abort persons of color, as traditionally we are a racist organization.

Loudoun Insider over at “Too Conservative”: just another gutless Democrat too lazy–or too ignorant–to switch parties

Loudoun Insider in his RINO panties

Too Conservative, you suck. Sure, you RINOs and “Moderate” Republicans say we should keep traitors like Specter and Colin Powell in our “big tent.” Then, when a conservative wins the nomination, suddenly your traitorous colors show through. “Oh, Cuccinelli is too conservative. Cuccinelli is too wacky. Oooh, ooooooooh, we might lose.  So I’ll just give up in advance and vote for the Dem nominee, whoever that is. They won’t be extremists like Obama. Will they?”

Sirhan Sirhan to be interviewed on “Fox and Friends” 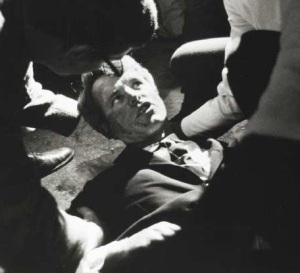 Just a good ole boy. Never meaning no harm. “Oh, I think I was wrong. Of course, I think it was understandably  wrong,” Sirhan Sirhan said.  “I think that they should let me out on parole.  They let out that dude that shot Reagan. They paroled that woman who shot at President Ford. I didn’t even kill a President, just a Kennedy who was running for President. Come on, give me a break! If I had not tried to kill Bobby Kennedy then somebody else would have.” END_OF_DOCUMENT_TOKEN_TO_BE_REPLACED

They had a great case. They caught three guys red-handed. One was

armed, and had Republican credentials as a poll watcher. I wonder why this doesn’t make news? Is that crooked bastard George W. Bush this dishonest that he would have his political appointees over-rule the career prosecutors who wanted to prosecute them?

No, wait, this was three Black Panthers during the Obama Administration who were harrassing voters up north. Nevermind. There is no story here. Move along.

Why conservatives distrust scientists: ReASoN No. 101

Reuters headline of a so-called scientific report. And the number “is expected” to rise to a half million a year by the year 2030.  This report is pure bogus, but idiot liberals and those unfortunate others who can’t read and comprehend, and use a little reasoning ability, just lap this up.

First, the report is not claiming anthropogenic climate change is causing the deaths. Just “climate change.”  But the report was made for the U.N. and the U.N. is using it to blame on global warming. What is “climate change” to the scientists? Droughts. Floods. Storms (which includes hurricanes, typhoones, tornados, thunderstorms, etc.). “Creeping deserts.” The same things that have been claiming lives since humans first existed.  But they imply, or leave the readers to hopefully conclude, that these deaths are due to global warming. They aren’t. END_OF_DOCUMENT_TOKEN_TO_BE_REPLACED 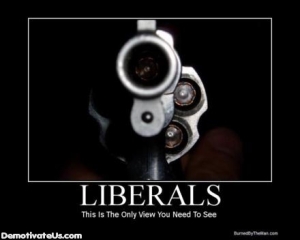 I got your "moderate" right here

Oh, don’t fight the SotomaYOOUR nomination, it might upset [fill in the blank, women, hispanics, moderates, independents, blah blah blah].  As part of her “reasoning”? The Democrats, “if they had it to do over again” wouldn’t “Bork” Judge Bork, or savagely attack  Clarence Thomas:  “Ask Ted Kennedy, if he had it to do over again, if he would repeat all his intemperate and unjust words about “Bob Bork’s America” and “back-alley abortions” and blacks turned away from lunch counters. He’d be a fool if he said yes. He damaged himself in that battle.”

Democrats don’t care about playing  nice. Or “damaging” themselves in battle. They play to win. If they had it to do all over again today, they would fight harder against Thomas and fight just as hard against Bork. They bring out the nuclear option. They lie they cheat and they steal. They realize that independents and moderates come and go, but that they had better deliver for their base, or their base will desert them. That gives them John Kerry, then the even more liberal Barack Obama as Presidential candidates.

The Republicans, on the other hand, pander to the moderates and the independents, which lead to John McCain which lead to the next 4 years in the wilderness. FIGHT, you dirty old bastards. That’s why we elected you. Fight them in the ocean. Fight them on the beaches. Fight them in the streets. Nothing personal against Sotomayor. But oppose her simply because she is a liberal. Dig up dirt if you can. But oppose her you must. Obama didn’t shrink like a pussy from opposing Alito and Roberts. He opposed them, simply because they were conservative. FIGHT BACK! Engage, Maverick, ENGAGE.

“Why is the Government in the Marriage Business?”  First, no disrespect, cuz I admire your blog. But that post is a rationalization for running from a fight. The Government is in the “marriage business.” It  has been since this country was founded.  Your question was perhaps a good question back then, but not now. Now the fight is being taken to us by queers who want their behavior to be jammed down our throats–they want to force us to accept their behavior as normal, legal, and moral.  Equal in every way to heterosexuals. That is their goal. If good people like you run from the fight, and in essence give up and say, “OK, we don’t want you to win, so we will change the rules,” then they will win.

We need all the people who oppose SSM to fight. Not to give up during the heat of the battle. Notice how the queers fight in California? They lose at the ballot, run to court and get the ballot over-turned. Then they lose at the ballot again in a Constitutional Amendment, and they run off to court again. When they lose in court, then they take to the streets, and they look forward to trying to over-turn the Constitutional Amendment at the next election. They fight. They aren’t going away. Either stand up to them, or they will win. The only thing necessary for evil to triumph is for good men to do nothing.  To paraphrase Winston Churchill: Never surrender. Never. Ever. 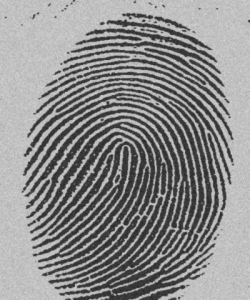 Holy Shit. As many of you know, it was reported in the Washington Post that Obama is set to appoint an internet “cyber czar” with a “broad mandate.” This as yet un-named person will have broad authority “to develop strategy to protect the nation’s government-run and private computer networks, according to people who have been briefed on the plan….”

“…Obama pledged during his presidential campaign to elevate the issue of cybersecurity to a ‘top priority’ and to appoint a national cybersecurity adviser ‘who will report directly to me….'”

A little noticed provision in an omnibus law recently passed by Congress gives the “cyber czar” the authority to require all internet users to sign on to any computer using their thumbprint.  Every user’s thumbprint will be kept in the “National Database.”  All transactions, such as for example online banking transactions, Ebay purchases, income taxes filed online, etc. will be immediately attributed to the user who signed onto the computer during that particular session.

Plans are even in the early stages of requiring a computer chip to be implanted in all citizens of the United States (and anyone visiting the USA) in order for them to buy or sell any item in the United States. Eventually it is hoped that, with the help of the United Nations, that every person everywhere on the planet can be forced to have such an implant.

Bible scholars are claiming that this implanted computer chip is what is referred to in the Bible as the “mark of the beast.”  See, e.g., Revelation 19:20 (New International Version):

20But the beast was captured, and with him the false prophet who had performed the miraculous signs on his behalf. With these signs he had deluded those who had received the mark of the beast and worshiped his image. The two of them were thrown alive into the fiery lake of burning sulfur.

The Obama Administration’s code number for this entire plan is “666“.  And in fact the plan is contained within United States Code Section 666.

“This new power will be used exclusively for good and not for evil,” Rahm Emanuel was recently quoted as saying in Newsweek, ” because we know that we have tremendous power  over the people of the United States.  We now will have access to their income status, their whereabouts, which political party they donated to and how much, and everything that they buy and sell. We will theoretically even have power to prevent them from buying or selling anything. So we will be particularly careful to only use this power of life and death over the citizens with the utmost of care. Unfortunately, in order to ensure compliance by all citizens, it will require that we have a visible mark on all citizens, in order to see at a glance whether they have had the implant.  This will be as benign as, say for instance the scar on one’s arm from smallpox vaccination. But this will likely be required to be in a more visible location on the body.  Say, perhaps the forehead.”

See below for what the mark will likely look like. END_OF_DOCUMENT_TOKEN_TO_BE_REPLACED