al-Qaeda members, who have vowed to use such weapons to annilate as many Americans as possible with their weapons, have been located in Iraq. Talks with Iraq, aimed at turning over the weapons, or to destroying them, have been fruitless. What should be the response of the American President?

Ok, that really isn’t true. But Iraq will soon be in possession of nuclear weapons. And the Iraqi leaders have repeatedly vowed to annilate Isreal. What should be the response of the Israeli Prime Minister? And should we blame him if he attacks Iraq to destroy such weapons? Or should we just sit around hoping they will change? Is that what Obama meant by Hope and Change? Well, not surprisingly to this writer, the Obama Administration has “warned” Israel against taking any military action against Iraq. Any such strike would be “ill advised” said V.P. Biden. Not sure where “ill advised” falls on the scale of “warnings” from the Obama Adminstration. We do know that calling the North Korean launch of a missile a “provocative act” didn’t work. END_OF_DOCUMENT_TOKEN_TO_BE_REPLACED 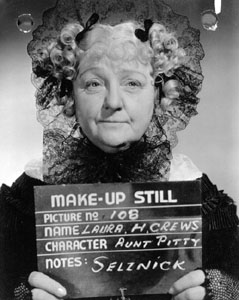 The debate about whether gays should be able to marry requires first that the very meaning of the term “marriage” be redefined. It has for centuries in our country been defined as a union between a man and a wife. “Gay Marriage” supporters want the term re-defined to mean a union between two persons.  That is as nonsensical as me saying from now on “NIGGER”* means what I say it means: It no longer has any negative connotation, and it is now perfectly acceptable to use it in a friendly manner towards all my black friends and acquaintances, and all those with whom I come in contact.  It is nonsensical for me make that argument. But it is equally nonsensical to argue that “marriage” means a union between two women or men.  What proponents of “gay marriage” really want is to force us to redefine the term “marriage” so as to include the union of two of the same sex.

Supporters of “gay marriage” then build upon that nonsensical argument by claiming that the rights of homosexuals to “equal protection under the laws” will be violated unless the word is redefined and they too are allowed to “marry” one another.  The problem with that argument is that gays and lesbians have the same right as heterosexuals already–they have the right to marry a person of the opposite sex who is of age and not closely related.  Of course, proponents of “gay marriage” argue that they cannot marry “the one they love” because their loved one is not “of the opposite sex.” Yeah, well, so? I can’t be a Martian, either, because I’m an Earthling. My dog isn’t a cat.  My car isn’t a tree.  And heterosexuals don’t have carte blanche to marry “the one they love” if that includes their siblings, parents or underage children.

William M. Welch II, candidate for U. S. Attorney of Massachusetts, to be probed by special prosecutor for misconduct in Sen. Stevens’ trial

William M. Welch II is the chief prosecutor in the Sen. Stevens’ trial. Remember how the Democrats claimed that G. W. B. Administration was “politicizing” the U. S. Attorney’s office when he fired a handful of U.S. Attorneys?  (After Bill Clinton had fired every one of them.) Well, Mr. Welch held a position as a “career prosecutor” that is especially not supposed to be politicized.  George Bush left him in position. And Mr. Welch prosecuted Sen. Stevens.  And Mr. Welch illegally withheld exculpatory evidence, and prevented Sen. Stevens from getting a fair trial.  The judge dismissed the case against Sen. Stevens and recently app0inted a “special prosecutor” to investigate Mr. Welch and the rest of his team of prosecutors.

“In nearly 25 years on the bench, I’ve never seen anything approaching the mishandling, the misconduct, I’ve seen in this [Sen. Stevens’] case,” [Judge] Sullivan said in Washington at the outset of what he called “a dramatic day.”

“The instances of misconduct are too serious and too numerous to be left to a Justice Department investigation that has “no outside accountability,” the judge said.”

I do not know how culpable Mr. Welch is, but if the allegations made by the judge are true, and if Mr. Welch is responsible, then he is a worthless piece of shit who should be run out of the profession, along with all the others who were also culpable.  But so far, as I have previously written, he has been under consideration to be appointed as U. S. Attorney for Massachusetts. If Mr. Welch, a Democrat, is appointed U. S. Attorney under these circumstances, then there can be no doubt that he is receiving pay back for delivering Sen. Stevens’ Senate seat to the Democrats.

The Richmond Democrat is a gutless coward

The sniveling little blogger at The Richmond Democrat has his head

so far up the butt of the Democrat party that when the Party coughs he gets hit in the nose by tonsilla paletina.   He accuses Glenn Beck of somehow being responsible for the police officers in Pittsburgh being killed by a lunatic.  First of all, nobody cares what some dumbphuck democrap from Richmond thinks. Second, quit parroting the kooks of the fringe left-wing and try thinking for yourself sometime, you f’n moron.  And finally, come out of your cloistered little room in “mommy’s house” and join the real world. You are too cowardly to even allow comments on your pathetic little piece of shit blog. What’s a matter? Afraid somebody might pop your pathetic little demoshit beliefs with facts and logic?

Liberals lie. Even with polls.

What NY Times/CBS poll doesn’t tell you: The poll sample contains a much higher percentage of democrats than republicans.  The poll sample was Democrats 39%, Independents 30, and Republicans 23. However, the percentage of those in the population at large claiming to be Democrats is 39% and Republicans 33%.  Of course if you ask mostly Democrats and very few Republicans, it will give the appearance that Obama is wildly popular.  Which anybody with two eyes can see is hogwash.

And they WONDER why so many doubt Obama is a Christian 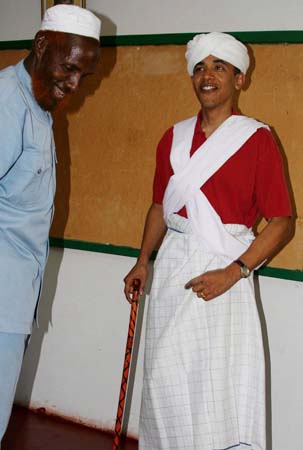 It has been eleven weeks since he was elected and he still has yet to attend church even once.  The first thing the First Continental Congress did upon convening was to say prayers together.  The liberal elite like to paint as ill-informed boobs anyone who believes Obama is a Muslim, or is unsure of his religion.

So the mere fact that Obama attended that church for many years does not mean he is a Christian. And Obama merely saying he is a Christian doesn’t mean spit. He said a lot of things during the campaign which were enormous lies. His word means nothing. So we are left to judge him by what he does. And his first interview once President was with a Muslim news organization. He just got back from sucking up to Muslims overseas.  Michelle man-handled the Queen of England, while her husband was bowing like a house servant to a Muslim from Saudi Arabia. And he’s unable to attend church since he left the Rev. Wright’s church?  Far from proving to me he is a Christian, I seriously believe he is either a Muslim or just another godless heathen who attended church just out of political expediency. And my view is not based on ignorance, but rather it is based on clear-eyed analysis of the facts.

RedState’s Eric Erickson has some explaining to do

Eric Erickson at Red State has made some pretty damning allegations about Jeff Fredrick.  I don’t know if they are true–although they sound as if they could be true. To me, though, the timing is all wrong. If what he says is true, why the  hell didn’t he tell us weeks ago?  I don’t buy that he just realized it was the same guy. To me, his article is either a hit piece to try to kick a political opponent who is down, or to settle an old political vendetta, or it is the result of incredibly bad timing. I’m a reader of RedState and on Erick’s e-mail list.  I’d seriously like to know what the hell is going on. Why is a conservative attacking another conservative? END_OF_DOCUMENT_TOKEN_TO_BE_REPLACED