Henry Waxman is sort of correct–it is time to institute a new Government policy concerning the Fairness Doctrine and censorship of the internet!!!

But not in the way he might think: It is time to institute Bounties for those advocating such ideas!

to him.]  Bubba Clinton, the ex-Perjurer in Chief: “Well, you either ought to have the fairness doctrine or you ought to have more balance on the other side,” Clinton said, “because essentially there has always been a lot of big money to support the right wing talk shows.”

$750,000 Reward [I know, nobody outside of Michigan ever heard of the dumb fat bitch before last week, but the extra $250k is because her husband is a liberal talk radio owner.]  Democratic Senator Debbie Stabenow of Michigan told radio host Bill Press this week [2/6/09] that she thought there needs to be more balance in broadcasting and suggested there would be hearings in the Senate during this Congress on possibly reinstating the fairness doctrine. 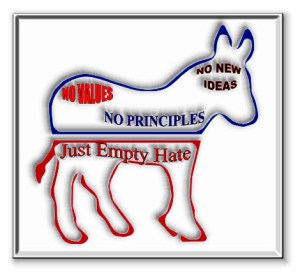 $1 Trillion dollar reward! All the Democraps and the three turn coat Republicans who voted for the Porkulus Recovery Act which attempts to sneak internet neutrality rules in through the back door.

heard of] U.S. Rep. Maurice Hinchey, D-N.Y.: “I think the Fairness Doctrine should be reinstated. The idea of fairness in the media is very important,” he said. “We should have a fair and open system.”