Drug store robber gets more than he bargained for in FL

Caught on surveillance tape suffering acute lead poisoning. My sister, who is in Florida, mentioned it last Saturday, but I didn’t know what the heck she was talking about. Very dramatic. END_OF_DOCUMENT_TOKEN_TO_BE_REPLACED

The Freedom to Travel to Cuba Act

Introduced in Congress.  I have not thought this issue through, and could be pursuaded either way.  END_OF_DOCUMENT_TOKEN_TO_BE_REPLACED

No names, and just personal preferences (some are blogs I frequent, and I don’t mean to offend). I hate when comments are placed in moderation until approved.  Hard to carry on a dialogue when it takes several hours for your comment to appear.  I like photos,

illustrations, etc.  Pure comment without illustrative evidence bores me. Conversely, just blindly posting video after video turns me off–insert youtube vid here! (I go for the occasional video myself, but I try not to over do it.)  Simply reposting or linking to what somebody else wrote gets boring fast, too. I know, I do it, too, but at least make the effort to add your own opinion or flair to what the other wrote. Sometimes it is almost impossible–but every time all you ever do is just link to what somebody else said without adding your own thoughts and words? Come on, are you men or just unthinking liberal automatons over at Rock Dem and The Valley Progress. Ooops, I said no names.  😉  I don’t like it when people have a three page comment all above the fold. END_OF_DOCUMENT_TOKEN_TO_BE_REPLACED

Sheesh. Rock Dem links to article but does not understand the real significance 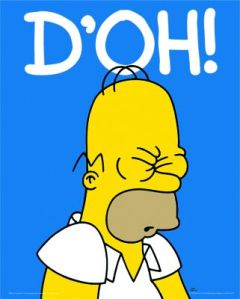 to: Rock Dem (no, I won’t post a link to it, it is a mindless echo chamber of the liberal Democraps. They don’t even have the brains to actually come up with original thoughts or words, they just link to leftist propaganda 95% of the time) recently linked to an LA Times article about a guy who had been complaining since 2000 to the Securities and Exchange Commission (The SEC) that Bernie Madoff was committing fraud.  Of course, those idiots were using the article to show, “See, the Pubs lax over-sight allowed Madoff to scam billions of dollars, blah blah blah.”

But here is the real money quote of the article that they linked to in the LA Times:

[Markopolos is the whistle-blower:] “While the SEC is incompetent, the securities industry’s self-policing organization, the Financial Industry Regulatory Authority, is “very corrupt,” Markopolos charged. That organization was headed until December by Mary Schapiro, President Barack Obama’s new SEC chief.”

So, The Bumbler in Chief promotes to the head of the SEC the person who was the head of a “very corrupt” Regulatory Authority. Somehow, the Mastah of Disastah from the mean streets of Chicago somehow always manages to surround himself with corrupt individuals. Gee, I wonder why that is?

How is it that liberals ALWAYS end up on the opposite side of conservatives? 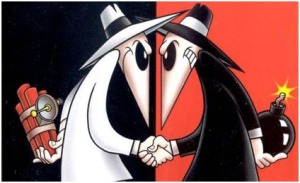 It can’t just be explained by randomness or dumb luck. Some of it has to be just be plain old contrariness. END_OF_DOCUMENT_TOKEN_TO_BE_REPLACED

It is only greed when some other dude does it

But they trust Obama to know all about their most intimate medical problems. 1 Sure, put everybody’s medical records on-line.  Computers are secure. Nobody ever hacks computers.

And maybe there is  hope for America. Activists from the Democrat Party were gathered together to be spoon fed how great the Porkulus Plan is, but they came away complaining about it!

“They kept us in the dark.” “Too much pork?” “The Senators don’t know what they are voting for.” “Why do you ask for our input now, after the bill has already been passed?” And these quotes are from hard-core Democrat activists! END_OF_DOCUMENT_TOKEN_TO_BE_REPLACED

The line “Scary Barry” should have used last night

“If we don’t stimulate the economy immediately we may sink deeper into a recession and at some point we may never be able to reverse.  And I’m as certain about this as I was about the surge being a complete failure.”  [from Lorie Byrd.]