All you need to know about Carl Cameron’s Palin rumors 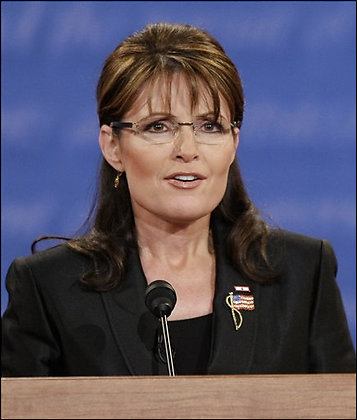 Like the good lady said: “shameless cowards” are attacking her. Copied verbatim from another blog. (shameless, I know! 😉

“I’ve been working over 20 years in Washington and I’ve been around literally dozens and dozens of politicians. She is among the smartest, toughest, most capable politicians I’ve ever dealt with,” Scheunemann said. “She has a photographic memory.”Then, on the other hand, Carl Cameron and others are reporting that unnamed inside sources are dishing that this same woman doesn’t know the identity of our North American neighbors (e.g., Canada) or just what “Africa” is.

The above inconsistencies lend themselves to a number of possibilities. Either:

1. Randy Schuenemann hasn’t worked with many politicians (not true, apparently) or

2. it doesn’t take much brainpower to be one of the smartest politicians in Washington (not as true as it might seem sometimes) or

3. Randy Schuenemann is a poor judge of intelligence (I have no way to gauge this directly) or

4. somebody is lying (very likely true).

Of the above possibilities, it seems to me that the last is the most likely. I’m guessing a guy who has the knowledge and intelligence to secure a top policy spot in a presidential campaign is likely pretty sharp, and sharp people are generally pretty good at spotting people who aren’t.

Assuming Randy Schuenemann is a decent judge of intelligence, there remain two likely possibilities: either he is putting his own reputation on the line to lie about Sarah Palin’s brainpower, or Carl Cameron’s unnamed source is lying.

As to that question, Allah submits the following:

To believe [Sarah Palin is] a moron, you have to explain why a guy like [Randy Schuenemann] — with no longstanding loyalty to motivate him and with his credibility inside Washington on the line — would defend her so assiduously if what he says isn’t true.